March was a month of change for me, earlier in the month, my reading was for enjoyment. Mid-month I had sad news about the death of my oldest friend and I seemed to lose my concentration and focus. I think I deliberately chose escapist fiction to try to lighten my mood. Note the books are in the order that I read them.

3 stars from me.We’ve all done it, made promises to ourselves, vowing to change something in our lives. Erica James takes three people all at a point of wanting to change an aspect of their lives.

Maggie dreams of romance while stuck in a depressing marriage and working as a cleaner. Ella wasted seven years with a man who couldn’t challenge his spoilt teenage daughter while Ethan consoles himself for his loveless marriage by having one-night stands.

They all plan to change and make a different life for themselves this year, but promises are easily made and harder to keep.  While I did enjoy the story and was cheering them on from the sidelines at times I felt that it dragged slightly, which why I chose to give three stars.

The Sister’s Song by Louise Allan

5 stars. I am pleased that I read this earlier in the month – I did so I was about to attend a talk by Louise Allan at my local library. it may have been too sad for me to enjoy it later in the month.

Beautifully written and desperately sad Louise Allan’s The Sisters Song touches on musicality and motherhood. As a non-musical person, I am sure many of the musical references were lost on me. Louise explores the times and manners of a bygone age with sensitivity and empathy. There is such a contrast between the sisters, one born for motherhood yet denied it, the other resenting it. The themes resonated with me and helped to explain my own conflicted relationship with my mother, who by her own admission ‘never wanted children’. Other themes such as sibling rivalry, the position of women in society and their inability to influence much in their lives, the shame of illegitimacy on both mother and child. The book veers more to the literary end of the spectrum rather than the strictly popular fiction. It is a book that will remain with you long after you have finished reading it,

I received a proof copy of the book through a Good reads giveaway, with no obligation to review it.

4 stars/ A rural romance with enough zing to keep you guessing. Jo a bestselling novelist returns to her old hometown for her best friend’s wedding. What she didn’t bank on is heart-throb Ryan would be back in town, they have a history. 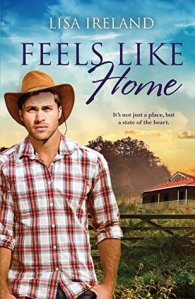 Fate throws them together, but each time it seems they are growing closer one or the other pulls back, neither wants to commit. He broke her heart and then married someone else. She vowed never to return but love and loyalty dragged her back. I found the characters engaging and relatable and there was enough tension to make me doubt if they would get a happy ever after.

How to be Everything by Emilie Wapnik.

3 stars I picked this book up because the title intrigued me. When I read the blurb, I found that it was based on her successful TED talk. The premise is that some of us don’t necessarily fit into the neat pigeon holes that society assigns us. So, if you are a lawyer you can’t possibly be a musician as well. Emilie argues that if you find several options appealing you can if you choose to, explore them all. She has called these people Multi-potentialities.

The chapters then go on to discuss how to apply the concepts to different kinds of career mixes. This section I found a bit repetitive, as the information was so similar. I suggest this book would be of most befitting for those at the beginning of their careers.

There is something so likeable about Giovanna, who is known as Gio to her friends Declan and Zoe. The trio has a strong friendship forged in childhood, and Gio thinks that her crush on Declan is a secret. When she does him a favour and he humiliated her, she knows she must move on. She wants a month with no contact from him

To ease her heartache during the sleepless nights she bakes delicious cakes and soon she is sharing them with her fellow insomniac and sexy neighbour, Theo.Can heartbreak heal that fast? But then Declan has a crisis and Gio knows she has to be there for him. Will Theo understand?  A nice escapist read.4 stars

The Cat Among Us by Louise Carson.

Although this is a murder mystery it is a lovely gentle book about community and cats The cats are very much individuals with their own personalities. When Gerry, an artist inherits her old house she begins to suspect that her aunt was murdered. 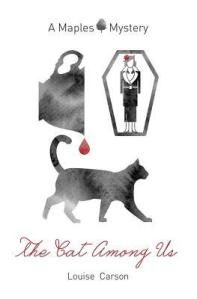 One cat ‘First Cat’ seems intent on helping her solve the puzzle. I found that the book really drew me in and I enjoyed it immensely. Perhaps not for you if you are not a cat lover. I gave it 5 stars.

A book that explores the ghost hunter’s world and their contacts with spirits. In this case with malevolent spirits in Scotland.

M.J. Holliday and Heath are battling an ancient curse cast by a powerful witch centuries ago.  A witch who seemingly has never died and has descendents bent on revenge Action packed and disturbing-As Victoria Laurie (herself a psychic) mentions in the forward this book is inspired by real events. I am glad I was not there to experience them! 4 stars

The Vineyard in the Hills by Lily Malone

I’ve just found a new favourite author, Lily Malone. The Vineyard in the Hills, set in beautiful Margaret River and South Australia has such engaging characters. 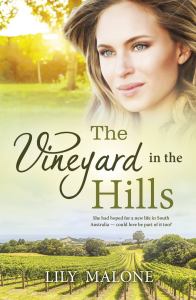 Remy is smart and sassy, but she’s had to give up her dreams and her viticulture degree to return home after the death of her gambler father. He’s left debts and Remy and her mum must pay them.She takes a job in a winery as a vintner’s assistant and begins to enjoy the work.

Then she meets Seth, one of the owner’s sons. He usually travels to promote the winery and is home on a rare visit.Their attraction is instant, could Remy be heading for a happily ever after.? A crisis causes Remy and her mother to leave the area. She is confident Seth will find her, but he doesn’t seek her out.

Five years later, Remy is running her own vineyard in South Australia when their paths cross again. The attraction is still there. but so is the hurt and mutual suspicion. Can Seth sort out the truth from all the lies he’s been told? Can Remy trust her heart and Seth, or is she heading for more heartbreak? 5 stars.