For some reason, September was a slow reading month for me as I only managed to read five books.  There was another non- fiction which I gave up on so let’s not talk about that!

I also dipped into a childhood favourite Enid Blyton’s The Magic Faraway Tree in preparation for an author talk I am presenting later this month. That threw up many memories as well as reflections on how life had changed in the intervening years-. Then the children were routinely expected to help around the house and garden and were served bread and jam and milk for tea.

The Victory Garden by Rhys Bowen. 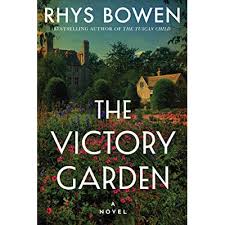 I spotted this at the local library and having read her On Her Majesties Secret Service was inspired to give it a try. Set in WW1  Britain it offers a glimpse into a forgotten time. For whatever reason, it did not have the same bite and light touch of that series. The story focussed on Emily and Australian pilot Robbie lovers met only to be parted. It focussed on how the privileged young woman defied her parents and went on to make a life for herself. I was a little sceptical that delicately reared Emily could fit so easily into the back-breaking work of a land-girl. That her parents would disown her for defying them was more easily believable. Knowing the British class structure her gradual friendship with Lady Charlton was quite credible. In the second part, of the book, Emily is living in what is known as ‘the witch’s cottage ‘ and practising herbalism.

Deserves every ounce of praise it received. An intriguing story and one that explores the many preconceptions we have about people. I  found some of the details a bit grisly but the major characters ( Cyrus and Evie )both fascinating and I wanted to know more about them. Thinking all the time how did they survive the traumas in their lives? A bonus for me was it was set in Nottingham the former home of skaters Torvill and Dean and had a bit about ice skating too.

Everything Publishing by Karen Mc Dermott.

Subtitled the Ultimate publishing guide and it is. All your publishing questions are answered here and explained in simplified form by someone who knows what she is talking about and who has indeed built a successful publishing empire.

Daisy Jones and The Six by Taylor Reid Jenkins

Allegedly based on Stevie Nicks from Fleetwood Mac, the book reminded me of the movie A Star is Born. Although Daisy Jones started out having it all, looks, money and attitude. Through the multiple perspectives is an interesting way to tell a story. Each tells their own version of ‘the truth’ so the lies, evasion, jealousies are all exposed to scrutiny. And of course, as readers we ask – are they revising as they go? is this the truth as it was then? The songbook at the end of the book adds another layer of authenticity. I kept flicking back to read the songs as they were referred to and imagined them being performed, Camilla Billy’s wife doesn’t appear much in the book, but there is a sense of her presence in the background and perhaps she was the strongest of them all. It reads true.  Did the book live up to the hype? In my opinion, yes it did.

A Pinch of Magic by Michelle Harrison

It’s never too late to have a happy childhood. This is a mid-grade children’s novel. I would have loved this book as a child, and I enjoyed it now. The Widdershins sisters are a force to be reckoned with. Don’t you love the choice of name? They are brave, resilient and resourceful. They face challenges that are quite a bit worse than they and perhaps we would have liked. I especially liked the dual timeline story and how the two timelines merged.