The Jewels of Paradise by Donna Leon

This is the first book by Donna Leon that I have read. I chose it because it was a standalone and not part of her successful Commissario Brunetti series. The prose is quite cool and scholarly as musicologist Caterina Pellegrini is hired to research an almost forgotten Baroque composer Steffani’s supposed ‘treasure’. It would probably resonate more strongly with those who are more musically inclined than I am.

The Secrets She Keeps by Michael Robotham

An absolute tour de force- in spite of the reader having a good idea what is about to happen, Robotham, manages to keep up the tension and suspense. While at times loathing Agatha it was hard not to feel sympathy for her too. There wasn’t one false note from a male author writing two female characters. Compelling.

An appealing mix of characters from this well-known author. Kate back from New York, for her mother Joys’ funeral. Beautiful Vanessa from the big house is burying her husband Spenser and wondering why she isn’t grieving. Sam has moved to Pennfleet to escape loneliness and stress, but has he done right by his teenage children? Local Nathan keeps his wits about him to earn his living beyond the summer season.

Charming characters and an idyllic location with just enough spice to keep it interesting makes this a perfect beach or holiday read.

A Room at the Manor by Julie Shackman

Lara returns to Scotland from Malta, her life in tatters. Her fickle boyfriend found someone else, her PR career is also gone. She needs to start again. What she has always wanted to do is bake, but perhaps with more charm and warmth than Kitty Walker her current boss allows at True Brew Tearooms.

A friendship with the former laird Hugo Carmichael provides an unlikely means of escape as Lara takes to the new challenge with enthusiasm, not everyone is happy though.

The delicacies that Lara creates will have you drooling, (don’t read if you are on a diet!) While handsome bad boy Vaughan, makes Lara dream of more than baking. 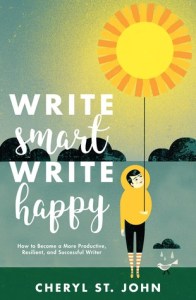 Helpful advice from an experienced writer who has over fifty books published. St John encourages whilst at the same time demolishing all those pathetic excuses we make about not having enough time, self- doubt etc.

The Rules of Magic by Alice Hoffman 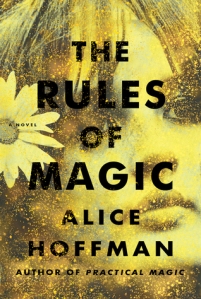 If you ever thought that being magical would make your life easier and happier this book will slowly but persistently demolish that notion. Sister Franny and Jet could not be less alike, but each finds in her own way that magic cannot solve all problems. While their charismatic brother Vincent who seems born for trouble enjoys his powers until he too learns that magic has its price. This prequel to Practical Magic works well as a stand-alone story.

New York Nights by C.J Duggan.  The second book in this series. 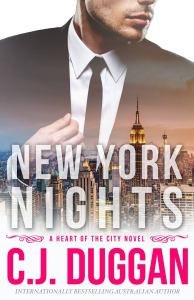 Aussie Sarah Williams dreams of New York and when an opportunity to work as an au pair there beckons she accepts. She is almost awed by the Worthington family who scrutinizes her prior to her meeting with Ben Worthington whose daughter Grace she is to care for. Unfortunately, for me, the book didn’t have the same pizzazz as Paris Lights. Perhaps Sarah was alone too much or stuck in the apartment as she spent long periods alone. I didn’t really get a sense of Ben either. I will be interested in what other readers think.