I love my local library, I am a regular library user and generally pop in once a week. It was fortunate that I had just grabbed a stack of books, when the library closed for the foreseeable future. So this month my reading is a mix of library books and ones I had on my bookshelves.Those I have marked with an asterisk.

The Authenticity Project by Clare Pooley. 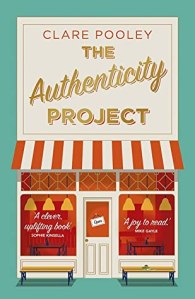 This was the perfect book for now.  Strangers are brought together by chance. Each has read a green notebook,The Authenticity Project. Julian, an elderly artist started it off, asking what lies we tell ourselves and others? He writes that he’s lonely and leaves the book in Monica’s café.

Café owner, Monica,reminded me of Monica in Friends, with her quest for order and perfection. After reading Julian’s confession, she writes of her hopes, fears and dreams. Hazard is next, he gets the book by accident.He’s an ex-city trader , burnt out and trying to quit his coke habit. Going as far as possible, from everything and everyone,he knows, he winds up on a beach in Thailand. Even paradise can have its drawbacks, boredom makes Hazard read the book and then add his story to it.

Laidback and likeable Riley,gets the book by chance. As a stranger to London, he decides to see if he can find  Monica’s café. An amusing part of the book showed the disconnect between perception and reality Alice is an influencer, and mummy blogger.She stares through the window of Monica’s café. Alice is tired of her so called ‘perfect life; and looks at the homeliness of the cafe with envy.Meanwhile, Monica, sees the perfect mother and baby. Each envies the other for what they think is lacking in their own lives and to me, that was very realistic.

This is one of those rare books that you want to read in one sitting and then you are sorry that you finished. I  cared about these people and felt that I knew them.

Something to Tell You by Lucy Diamond. * 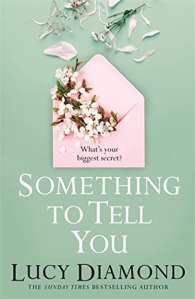 A  carefully planned, much anticipated golden wedding anniversary party, for Harry and Jeanie Mortimer, goes wrong when a gate-crasher turns up. Unknown to them, John, their eldest son, has become increasingly distant from his wife Robyn. Sweet Bunny is in love with Dave Mortimer, but she is living a lie and fears exposure. Londoner, Frankie lives with Craig and his little boy, but their situation is becoming precarious. Everyone has something on their minds, lives will be reshaped, as the secrets and failings are exposed.

The Villa Girls by Nicky Pellegrino.* 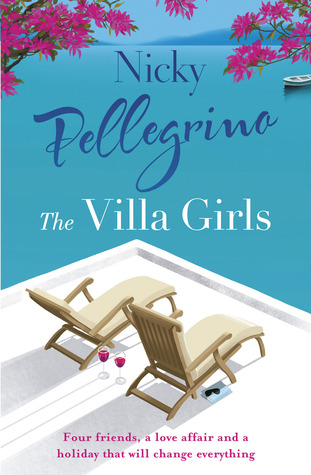 Hiring a villa is an escape from reality, everyday worries and problems. It started when the girls were leaving school. Addolorata impulsively asks Rosie – whose parents were killed in a car crash, to join them and so the tradition of the four villa girls is born. The first trip was to Majorca, the next to Italy, and that set up a tradition. Through tough times and life upheavals, they still have the villa to look forward to. In Italy charming and somewhat spoiled Enzo basks in the adoration of his family and enjoys the privilege as the heir to a wealthy olive estate. Meeting the villa girls will change his life and theirs. 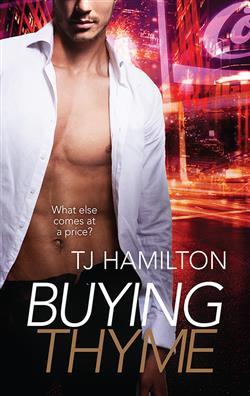 High-end escort Miranda is pragmatic about her job and the men she meets. She keeps her real name and life a secret. She is seductive and alluring, playing the fantasy role men want. Powerful, charismatic and dangerous, Joe Tench, a reputed underworld figure is her best client. But Miranda thinks she can handle him. Until events spin out of her control, putting her in danger. Sexy and sizzling. Frustratingly nowhere on the book blurb was it revealed that the book was part of a series. A letdown.

Consider This by Chuck Palahniuk. 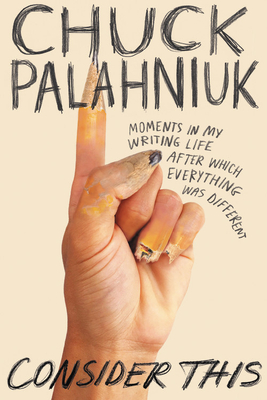 Who hasn’t heard of him?  He is the sort of celebrity writer who generates headlines and controversy. His tales are always edgy, so I picked this book up wondering what kind of writing advice he would give.  Practical advice interspersed with anecdotes. Clear-eyed and realistic about the writer and writing process. Not prescriptive, simply saying ‘this is what works for me.’ Not for the easily offended.

The Last Kingdom by Bernard Cornwell.* 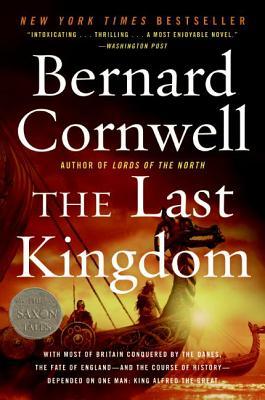 Set in 9th century England and Denmark. Uhtred, son of Uhtred of Bebbanburg, a noble English boy is captured after a raid and is taken to Denmark. He finds favour with Ragnar and is eventually accepted as almost another son. The unfettered way of life appeals to him. He much prefers the fighting upbringing, to the one he might have had in England, with  its prayers and learning. Throughout the book, his identity is fluid as his loyalties shift ,in these his formative years. At heart, I think  he is always a pagan. He has a fatalistic attitude to life, embodied in the phrase ‘destiny is all.’ I enjoyed the immersion into the midst of this way of life, vividly written. The book inspired the popular TV series The Last Kingdom 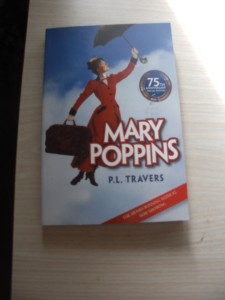 I had never read Mary Poppins and  I thought now might be the time to enjoy it. The book was a shock ,after the saccharine Disney version of Mary Poppins. The original Mary Poppins as written by P.L.Travers is very definitely an Edwardian no-nonsense nanny and a far more acerbic creation. She is an interesting, although not a likeable character, in my opinion. However, as there were five more Mary Poppins books, she proved popular. 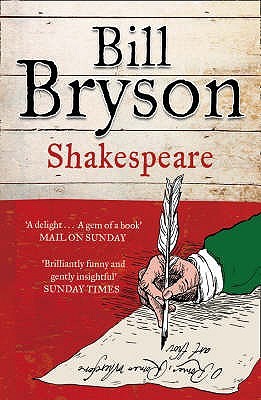 What we think we know about Shakespeare is probably wrong. Bill Bryson sets out to tell us that we know extraordinarily little about England’s most famous poet and playwright. There are only three portraits in existence, and only one is from Shakespeare’s time. This summarises very well the entire Shakespeare knowledge, as hardly anything is contemporary. Bryson works through the conspiracy theories of who else could have written the plays. He demolishes the arguments one by one, some made by serious scholars, others by cranks. Personally, the conclusive argument for me was the way Bryson showed how Shakespeare’s Warwickshire upbringing and knowledge imbued his work in the phraseology and concepts of that place. 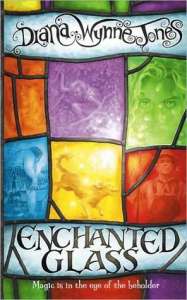 This has been on my bookshelves for a while. After trying to read a much-anticipated book, which I gave up on ( I hate to do that!) And no, I dont  like posting snarky reviews. I read Enchanted Glass, as a kind of antidote. It was an enjoyable read. Andrew Hope had a magical grandfather and, on his death, inherits his house, his staff, and his field of care, without really realising what that entails.

As he is coming to grips with this, a young boy , Aidan Gain turns up and needs his help. Andrew already has the disruptive staff to deal with but accepts Aiden and tries to help him. Aidan’s arrival seems to be a catalyst for trouble and adds mystery and complexity to Andrew’s life. Altogether a very enjoyable read. As others have noted, Aidan’s parentage gives cause to pause and consider the implications of a throwaway sentence or two. Perhaps the author didn’t see it as problematical at the time? I think the book could have done with a better cover too.

A Cotswold Mystery by Rebecca Tope.*

I am reading books I have at home and this is the first in the series that I have, although its number four in this series. I was soon able to keep up as the author quickly filled in house sitter Thea Osborne’s background. Engaged to house sit in delightful Cotswold village for ten days Thea and her spaniel Hepzie, are engaged to ‘ keep an eye on granny’ as her daughter and son in law have a ten-day break. It sounds like a perfect job although they do seem a bit paranoid about security arrangements. Thea finds her charge a puzzle at times capable and the at times confused. She is voluble about ‘dear Julian’ their next-door neighbour. All is going well until Julian is found dead by Thea’s daughter trainee police constable Jessica.

Edit Your Own Romance Novel by Ebony McKenna.* 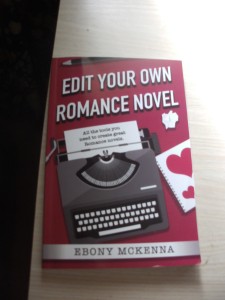 A helpful and practical guide which talks you through the steps needed to edit your own romance novel. Romances have their own structure and it is useful to have some explanations which make that clear and relatable. Simple explanations and examples make the steps understandable. Encouraging and user friendly.