I read nine boosk this month but I only reviewed eight.

February already!  January flew by in a flash, and it was a busy month, as I expect it was for many people. I started a diet ( the 5:2 or Fast diet). I also prepared a submission for an Arts festival and also did a short online writing course.

Our TV schedule provided me with plenty of opportunities to read, I managed to read nine books this month. I am only reviewing eight of them because I gave myself permission to abandon one book., so I don’t feel it is fair to comment on that. 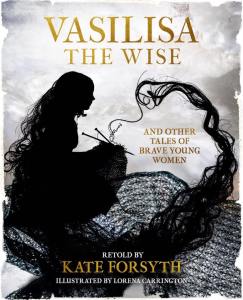 A beautifully presented book and one with an uplifting message- that girls can do just about anything, Having read and loved all of the Andrew Lang Coloured Fairy Books, I suppose that I was a natural fit for this book. It did not disappoint me.The tales are all little-known folk-tales, which are retold sympathetically by Kate Forsyth.Adding to the charm of the book are the delightful and almost magical illustrations by Lorena Carrington.You will probably want to keep a copy for yourself, but this book would make a wonderful gift for most teenage girls.

The Other Woman by Laura Wilson

A domestic noir that left me virtually on the edge of my seat.The Other Woman completely subverts a reader’s expectations, at the same time providing shocks and surprises in plenty. It kept up the pacing and the growing tension. Best of all, it did feel completely plausible. It was easy to project yourself into Sophie’s enviable life and then its gradual disintegration. Surprises up to the very last page. An author I will look out for.

The 5.2 Diet By Kate Harrison.

Easy to read and very practical, this book is based on Michael Mosley’s The Fast Diet. In it, Kate Harrison explains how the diet changed her way of eating and how it worked for her.Part one also contains the scientific information that underpins the diet. Part two tells personal experiences and shares recipes and food ideas. Easy to follow and encouraging. Brands listed are UK ones.

A Secret History of Witches by Louisa Morgan 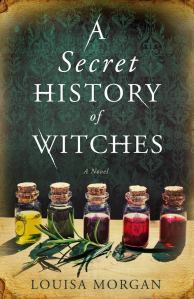 A big book of 484 pages which spans the times from 1821 to 1937 and follows the lineage of one family the Orchieres. When they are forced to flee from France the family settled in Cornwall. Their secret is of course that one of them is a witch. The craft is passed from generation to generation, with each daughter facing her own challenges, needs and desires.Equally not all mother-daughter relationships are shown to be perfect.

For me personally, its pacing felt a little slow, until I got to 1886, midway through the book. Then I raced through the rest of the story, feeling a deepening connection with each of the women. There were some surprising developments in 1937 onward, which added to the veracity of the book. The author has chosen to use pseudonym and dedicated the book to her mother, which could add to the intrigue, If you have the patience this is an enjoyable read,

The Other Side of the Season by Jenn J. McLeod. 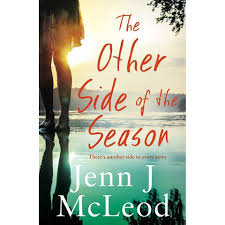 I find dual timeline stories intriguing and in reading this one I felt as though I had hit the jackpot. Both the times that were chosen were interesting, the 1970s and the present day.For me, the characters were real., flawed and complex. Some were instantly relatable while others were harder to appreciate. This book played with my emotions( in a good way) as I cared about the characters. It was one of those books that I both wanted to finish and equally one that I didn’t want to end. The landscape is a part the appeal but the book is never bogged down by description. Its Jenn J McLeod’s best book yet.

An almost literary thriller. I enjoyed it but anyone who expects a fast-paced read will find it too slow for their taste. Professor Nan Lewis is a college creative writing lecturer who might have hit and killed a student as she returned from a year-end party. Nan’s private life has been a mess since the tragic death of her young daughter six years earlier. She turns up for class and teaches and grades student’s papers but increasingly is drinking more and more. Could she have done it and not remember? And if she didn’t, then who did?

Gifts for Our Time by Anna Jacobs.

The final book in the Rivenshaw series. Although you could read it as a stand-alone novel as all the major plot points are covered.Set in post-war Britain with its privations and shortages, Gifts for Our Time is an enjoyable read. Jacobs skilfully draws the many threads of the previous books together, and also adds new characters, this book is a worthy conclusion to the series

Disclaimer . I won a copy of the book in a giveaway, but was not required to write a review.