I had November all planned out- I was going to do National Novel In Month(NaNoWriMo) and get a head start on my next book after Fire & Ice. The as yet unnamed sequel. I started well, but then I got an unexpected call to go for eye surgery. I wasn’t going to miss my chance at that. So on November 14th, I  had the surgery. The results are brilliant. But I had a few days when I didn’t write and I completely lost the focus of my story.  So ,I didn’t win this year, but I have a solid 26,000 words written . I devoted the rest of the month to catch up on my reading, As usual, it’s a bit of a mixed bag.

Travis Bailey is a stalwart of Wongan Creek and an all-round good guy. He’s caring for his elderly and sometimes disorientated neighbour Harry, as well as his orphaned niece. There are many burdens on his broad shoulders, as he’s been left in charge of the family farm. His day brightens when they are visited by the replacement social worker Heather Penny. She’s there to check on Casey, his niece’s well being. Heather has her own secrets and burdens, trying to recover from her mother’s death from motor neurone disease and her own health fears. Zac Bannister the town bully also intrudes into both their lives
None of this stop either of them feeling the strong pull of attraction to each other. While Travis’s adored niece Casey wants nothing more than a happily ever after for Travis and Heather,

Matters of The Heart by Fiona Palmer.

A very individual retake on Pride and Prejudice, giving it a distinctly Australian flavour. It was curious experience to see those familiar names attached to Australian characters. Spirited Lizzie Bennet is running the family farm almost single handedly. Her four sisters are disinterested while she is passionate about it.  Mrs Bennet is predictably agog when the reputed to be wealthy, Charles Bingley buys the neighbouring, but rundown property of Netherfield. His friend  Will Darcy, businessman, and farmer is also visiting and casts a cold eye on the burgeoning romance between Lizzie’s sister Jane and Bingley.  The plot unfolds following the Pride and Prejudice story line but interspersed by the demands of rural life, farming and agriculture. I chuckled when Luke Wickham appeared as a jack of all trades and rodeo cowboy. As in the original ,he’s a chancer and charmer. Of course, the expected happy ending but a fun journey getting there.

I found this quite relatable, as Sophie’s need to be a perfect politician’s wife superseded anything else. Meanwhile, her husband John, a professional charmer ,has lost his charm for her. He belittles her, treats her like a child and has the support and acceptance of her horrendous family.

In her gilded life, there is no one she can trust, no one to be friends with. Sophie knows any breach of protocol, or spark of humanity will be seized on by John’s political rivals, or their ambitious wives. Hers is indeed a gilded cage.

She has always been exemplary, done the right thing. Her one rebellion was at school years back.When she confronted a bully. Now ,it’s  John’s political survival they are fighting for, after his dalliance with another woman. Sophie is expected to support him, forgive him, and go on as before. She stands on the doorstep, the charming and compliant political wife and the weasel words won’t leave her mouth. Instead, she calls him out for his behaviour.

Returning to Yorkshire where she was at school ,all those years ago is where Sophie eventually finds herself. Living simply ,she discovers what she cares about and what matters to her. It isn’t being on the cover of Hello.

Sophie was always going to have to fight to regain her identity, to find her long-suppressed individuality and eventual happiness. Anyone who has been humiliated and patronised by a man will be cheering her on, to the predictable and hoped-for happy ending, I enjoyed it. 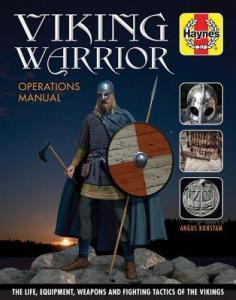 I dipped into this book for research purposes, taking notes of many facts and useful illustrations. I do make sure that what I write about the Vikings is factually accurate, although of course I use my imagination to build a credible and engaging story.

The Boot Camp by Kate Harrison. 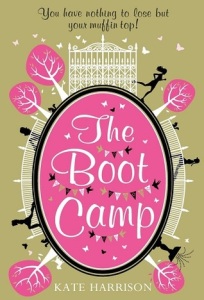 Fun to read- although it sounds quite unbearable for a non-athlete like me. What makes the boot camp and the novel work are the friendships and rivalries among the campers. Two ex-squaddies, as trainers are perhaps not what one expects at a supposedly luxurious retreat. But then luxury also seems to be in short supply.

A Family Recipe by Veronica Henry. 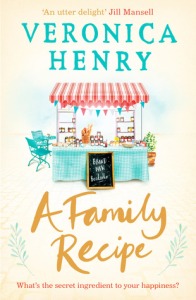 I had mixed feelings about Family Recipe. I usually enjoy books by  Veronica Henry and on a superficial level, I enjoyed this. The two timelines made for interesting and contrasting reading. In 1942 in wartime Britain Laura’s grandmother, Jilly makes a fateful decision which changes the course of her life. While in the present-day Laura’s happy and comfortable life also comes crashing down after an unexpected discovery. Both have to work to make life bearable again for themselves and for others. Jilly used her mother’s recipes to feed the household and in the present Laura also uses the adapted recipes once again  While they face challenging circumstances, a little part of me was thinking but how much easier it is to face those when you have property and money behind you.

Dying to Know by Josh Langley

The Cinema at Starlight Creek By Ali Sinclair.

A dual timeline story, 1950s Hollywood and 1990s Queensland. The interconnected story line tells of two women, decades apart but both determined to live their dream and not give in to prejudice or bullying.

Lena a 1950s  a Hollywood star fighting for fairness and equality in an industry dominated by men. While the fear of the Hays morality code, as well as Joseph McCarthy’s communist witch hunt spreads through Hollywood.

In 1990s Queensland, Claire is scouting locations for tv and films and comes across the art deco cinema at Starlight creek. It’s perfect for the project she is currently working on . The reclusive owner doesn’t want to allow the cinema to be used. After convincing the owner of her commitment to quality and care, Claire has to live up to her promises. But no dream is fulfilled without cost.