December has been a horrendous month in Australia . Day after day ,fire ravaged our beautiful country. There are incredible stories of survival and heroism, but also tragically deaths.Three young fireman, all volunteers and fathers ,or fathers to be ,lost their lives  while bravely fighting the fires. And still it continues, it has been relentless and worse than anyone can ever remember. So many of our precious native animals are dead.Koalas pushed to brink of extinction ,other native animals and birds, lost. Farm land lost, sheep and cattle lost,vineyards destroyed. Over 1,000 homes lost and so far 23  have people died trying to protect homes.

“There are two means of refuge from the misery of life — music and cats.”

Personally , I have always found solace in reading, so December has been a full on reading month.  I was surprised to see I read fourteen books this month. 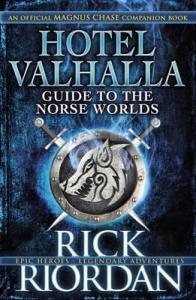 The companion book to the Magnus Chase series. Hotel Valhalla is comprehensive and easy to read. It lists the various Norse gods and goddesses of Norse mythology as well as the other inhabitants of the nine realms. Entertaining. Of course, it would have made more sense to have read this after reading Magnus Chase and The Sword of Summer.

What a joy this book was! So much Irish charm, I felt I was walking along with Cassie as she explored her Irish heritage. Reminiscent of Maeve Binchy yet subtly different. Loved the idea of a book group on both sides of the Atlantic via Skype and of course, with so many Irish settlers in the US it makes perfect sense. Evocative descriptions, characters that feel real and enough intrigue and gossip to keep things lively. Dreadful child Gobnitand her hapless and hopeless mother Daria made for some amusing moments. I choked with laughter as a man asked Hanna the librarian for books by male authors, alleging there was a conspiracy against male writers. When he requested Career of Evil by Robert Galbraith and she said she would get it via Interlibrary Loan. He again accused her of bias. She reminded him that  Robert Galbraith was a pseudonym for J.K Rowling. He is happy to acknowledge that but when Hanna says J.K is a woman he leaves the library in disgust.

A comprehensive illustrated guide to all of the most popular Marvel studio characters. All your favourites are here. For me of course,it was Thor.

The Book of English Magic by Philip Carr-Gomm & Richard Heygate. 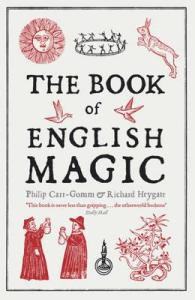 Not to be read in one sitting- more a comprehensive encyclopaedia of all types of magic and beliefs. Some will appeal to you and some might appal you. Talks to various practitioners today too. For me, it was research for something I am working on, and also as a handy reference to future work.

The Little Bookshop of Herring Cove  by Kellie Hailes 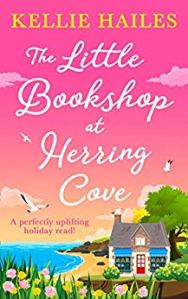 Easy to read and of course about a bookshop, which is one of my favourite topics. Here the bookshop is under threat due to potential development. A conflict between the bookshop owner and the charming, handsome and persuasive representative for the developers sets up an engaging story and conflict.

Magnus Chase and The Sword of Summer by Rick Riordan

It’s a big book – (495 pages) so it took me a little while to read. I am not the intended audience for this YA book, I chose to read it because it dealt with Norse mythology. I can’t comment on its similarity to the Percy Jackson series which I have not read,although other reviewers have mentioned this. Its a relatively fast-paced read, with plenty of action and interference from the gods. On a personal note it would have helped me to have read it and Hotel Valhalla concurrently. I found it had an engaging mix of characters, although I felt the story might easily have been compressed. There is  a useful glossary at the end of the book.

Murder by the Minster by Helen Cox

Not what I expected and not in the cosy mystery formula. So, not written in the first person, not chatty and informal. A bonus for me was the setting, which was York in the Uk. I struggled to relate to the main character Kitt Hartley. Although one of her exchanges with a man who was mistakenly in the women’s studies section of the library had me laughing out loud. Her trilby wearing had me see her as an androgynous character and I was surprised by her reaction to D I. Halloran. Enough mystery to be mysterious but all staged in a rather classic Agatha Christie way. Not sure if I will continue with this presumed series

When a talented author describes a year of rural living- it’s a magical journey. Tramping across the snow singing carols to harvesting their own garden produce. It’s a seasonal delight and a nostalgia trip for a British Expat like me. Lyrical and so well described. One I will keep forever.

A surprise addition to the list. Can you ‘read’ a cookbook? I often do, for recreation, imagining meals I may never cook. It’s a big book and pretty heavy too. Lots of photographs for Inspiration. Less inspired was how the text was so visually broken up and placed on different coloured backgrounds. Many people have vision problems and personally, I found this irritating.

Hovel in The Hills by Elizabeth West.

This book is the antithesis of the genre of ‘we moved to Provence or Tuscany ‘or somewhere exotic with the vague idea of writing and some free time and the cash to support ourselves. Here the impoverished couple moved to Wales and set about trying to eke out a living. I enjoyed the book because of its realism and the fact that problems were not glossed over. I had read it many years ago and re-read it this time as a piece of nostalgia. 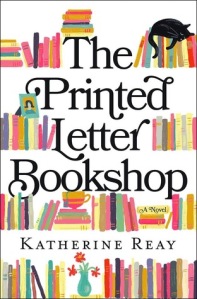 A book that really resonated with me- I almost always enjoy a book that features books and bookshops so I  was anticipating that I would enjoy this. I found it a total delight, from start to finish. I wanted to hold onto the characters and keep them with me. Claire, Janet and  Maddie are engaging personalities and I found the dynamic between them believable. Maddie new to bookselling is educated, smart, younger and the bemused new owner of the beloved bookshop. A city lawyer it makes sense for her to sell the bookshop.

Twenty years have passed since she enjoyed working there as a teenager, with her beloved Aunt Madeline. Until suddenly the family dynamic changed and there were no more visits. The last thing she expected was that Aunt Maddie would leave her the bookshop.  Rationally it would make more sense to sell if she can demonstrate the bookshop is profitable and that will take work.

Claire and Janet the two assistants have almost single-handedly run the shop and cared for Aunt Maddie whose cancer diagnosis was known to only a few people. Divorcee Janet even moved in with her to care for her day to day. Claire  meanwhile picked up the accounts and planning and organising. Each finds a kind of sanctuary in the beloved bookshop.

Through Aunt Madeline’s illness,  the shop has run down as author events and signings are scaled back and Maddie’s personal touch is lacking. But the shop is still a community hub and Maddie begins to realise its importance to the town of Winsome and to herself.’

When she finds out that her preconceptions about the family dynamic are wrong and that she actually enjoys being a bookseller then the fight is on to save the bookshop.

An easy read for the holiday time. Slightly disadvantaged as I had not read the three previous Cupcake Capers books, but I was soon caught up in the story. By mid way through I had suspicions about one character , which were later confirmed .I found the ending was satisfying.

A Woman’s War by Simon Block.

A book which continues the story of the sadly discontinued and much missed  Home Fires TV Series  This is book two. Worth the wait although my faith in that did teeter a bit in the middle of the book. I won’t say what that was, as  I don’t want to post any spoilers! The ending was a partial ending but not of the series. In my opinion, the series should continue through each year of the war. However, I sense that depends on the sales of the books and Simon’s desire to continue with them.
I enjoyed hearing more about the characters we have come to care for, and I congratulate Simon on his ability to write believable women. Steph’s story, Theresa’s story, Sarah’s story, Pat’s story among others all need to continue.

The Cats Came Back By Sofie Kelly

I picked this up because the title and the cover appealed to me. I hadn’t realised this was book ten in the series , but I need not have worried  it was easy to catch up and keep track of the characters. Librarian Kathleen Paulson narrates the tale and works on solving the mystery with the help of her cats. It was a fun and easy read and I totally fell in love with the magical cats Hercules and Owen. There was enough complexity to keep me guessing right to the end of the story. Out of curiosity I checked how many books featuring cats my local library had, 158 fiction and 163 non fiction.