The Great Alone By Kristen Hannah

After reading The Nightingale I was really looking forward to reading this book. Kristen Hannah’s love for and knowledge of Alaska shine through these pages.

Personally, I found the book too long and too repetitive. The physical isolation of Alaska is described, as well as the kind of people who are drawn to it and able to survive there. Some can’t handle the feeling of being cut off and the mental Isolation. Ex -Vietnam vet Ernst, thinks Alaska is the place for him and his family. His experiences have led to his growing paranoia and to domestic violence.

Leni is a young teenager when they first arrive and for a while doesn’t sense anything is wrong with her parents. then she can not understand why her mother excuses and forgives her father and doesn’t want to leave

Inevitably, Leni falls in love with a boy from a family her father loathes, making her life far more complicated. An act of shocking violence changes all their lives and they return ‘civilisation’, but Leni still has Alaska and the boy she left behind in her heart.

Not for me at this time- perhaps my recent sadness at the death of my friend made it too bleak.

The Secret Vineyard By Loretta Hill.

Grace knows that her ex-husband Jake is ‘a lying, cheating, wife abandoning bastard’.What she didn’t know until his death was that he was the owner of a vineyard in Margaret  River, Western Australia. As Grace is scraping together a living and looking after their three boys it seems like a chance for a fresh start or at least a lucky break.

His current wife and Grace’s ex-best friend tries unsuccessfully to challenge the will, which has left the vineyard to Grace’s three boys. Grace packs up herself and the boys for a trip down South to see the vineyard and decide if it is saleable. It’s a ramshackle place, in need of some TLC, but it has a certain charm. And events conspire so she has to stay longer than she first planned.

Scott, the charming real estate agent, is always around and there is a mystery about the house and its resident ghost. Then there is the handyman, who is happy to work for just his board. Grace’s life is far more interesting than it ever was in the city.  I enjoyed this book, but I did find the blurb on the back of the book confusing. In the book Grace’s husband is Jake, the blurb refers to him as Derek.  It must have been too expensive a mistake to correct!

The Cat of The Baskerville’s by Vicki Delaney 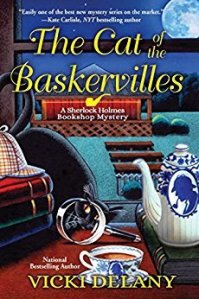 When Sir Nigel Bellingham, star of screen and the theatre accepts an invitation to star in the classic play for the West London Theatre’s Festival, the Cape Cod locals are both thrilled and amazed. Unfortunately, in person, he is not as impressive as his reputation, and it soon becomes apparent that he has a drinking problem. QuIte a few people benefit in various ways because of his death. Even Gemma herself as it increases  book sales and memorabilia.

Gemma Doyle proprietor of the Sherlock Holmes bookshop is both observant and clever. This time she faces a conflict of loyalties and worries that what she has observed will implicate someone close to her.

I wouldn’t suggest that you read this book in one sitting. It lends itself more to be a potpourri of a book, one to dip in and out of as need arises. It’s a mental and spiritual health check to be used as required. 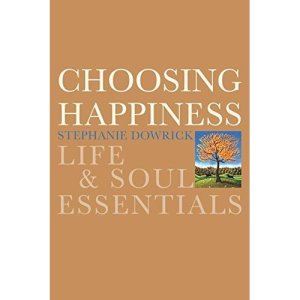 The chapter heading broadly define the scope of the book.

Trust Who You Are.

Let Your Values and Goals Work for You

Honour the People You Live With.

The book is like having a wise and sympathetic friend to talk with. The kind of friend who makes you think a little more deeply about yourself and your behaviour.

I spotted a review of this and the concept appealed to me, women’s work in wartime 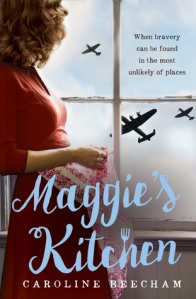 Maggie has opened a wartime restaurant-  which is a long-held dream of hers. She is facing problems with supplies as her restaurant as ironically becomes ‘too popular. ‘Dealing with red tape and Ministry of Food types is exhausting enough, but then there is twelve-year-old Robbie to worry about too. Where are his parents? Janek the helpful and mysterious Pole reminded me of the Czech officer Marek in the sadly missed and inexplicably cancelled ITV series Home Fires.

Maggie didn’t really ‘come alive’ for me and it felt like the story ended very abruptly. The book also contains a few wartime recipes, showing the ingenuity of the cooks of that time.